The highly successful grid slot Fruit Party by the Developer Pragmatic Play empties the fruit bowl for an advanced sequel Fruit Party 2. Fruit Party seems to have made a lasting impression on players despite its somewhat generic looks. The arrangement is to pack all the right ingredients to produce sufficient gaming, as one of Pragmatic’s most iconic releases to date, is the initial Fruit Party Slot concept. Moreover, Pragmatic Play has left the cosmetics largely intact for the sequel, focusing on the math model and feature tweaks to tempt players back for a return visit.

Sharpening the background imagery is one thing Pragmatic Play has focused on. Located in a similar countryside location, Fruit Party 2 has a more defined look on the fruit trees and cottage and it looks, less hazy, and less dreamy than before. Dropping in 49 fruit-dominated symbols with every spin, the same-sized grid remains housing a 7×7 game panel. Fruit Party 2, like the original, is warmly inviting, and kind of generic but gets the job done to an adequate degree.

Using a cluster pays system Fruit Party 2 allows 5 or more matching symbols connecting horizontally or vertically to constitute a win, increasing in value the bigger they get. Made up of 15 or more identical symbols would be the most valuable clusters here, worth 150x the bet for strawberries, descending through oranges, apples, grapes, plums, stars, and hearts. The inclusion of a wild symbol is one of Fruit Party’s new additions. Wild symbols are a game-changer here as they land anywhere to substitute all pay symbols, and they also appear with multipliers, covered next.

The tumbling feature is the first extra to go over, as it follows every win. The board removes the winning clusters and lets new ones drop into the empty spaces. Until no new clusters appear, tumbles keep tumbling, creating consecutive wins.

There is a chance a wild symbol to be dropped into one of the gaps after the tumble feature removes a cluster. Besides substituting symbols, wilds also possess multipliers starting at x2. When wilds appear again in a tumble sequence; for each time they do, the multiplier doubles up to a maximum in the base game of x256. In cases when more than 1 wild symbol is part of a winning cluster, the values are added together before being applied, and wilds can be used in multiple clusters at the same time.

To bypass the base game for players, not in the mood and where it is permitted, Fruit Party 2  provides a bonus buy option. Having the price tag of 100x the bet, 3-7 scatters land to award players anywhere from 10 to 25 free spins.

Pragmatic Play developed a highly volatile slot that is exciting with the novelties and their volatility.

The math model is the area where Pragmatic Play decided to make a few but noticeable changes. The focus of it was the volatility. It has been tightened to a high setting giving the game extra bite. The default RTP now comes in at 96.53%. The fruit fiesta is available on any type of device and players may set a stake from 20 p/c to £/€100 per spin.

Well, certainly, there are a few changes separating part one Fruit Party from part two. Are they sufficient to get majorly excited about? Yes and no. Looking closely, Fruit Party 2 plays out in a manner very close to the previous one. The thinking seems to be, to take the original, increase a few of its settings and ship it as a sequel. It is sound thinking in some ways, though not one that promotes major excitement unless part one was a real top five favorite.

Strangely, one area that hasn’t changed, and is odd for a sequel, is winning potential. Even though the free spin and massive multipliers retrigger, still the most you can win from Fruit Party 2 remains 5,000x the bet. Maybe the fair total, and to be sure, no one’s knocking the number, yet a juicier top prize would have added allure to the sequel and made more sense. Wild multipliers would also be given a greater chance to make better use of their much-expanded capabilities.

Fruit Party 2 has more positive aspects than negatives and that is why we don’t want to sound overly critical though. Having its colorful graphics and bubbly-groove musical beat, positive is one way of describing the game’s atmosphere. The ecstasy here is pinning multipliers on wilds which works like a charm allowing their values to get bigger than most. See what Fruit Party 2 offers and how this makes it a perfect and fine gaming experience for anyone. 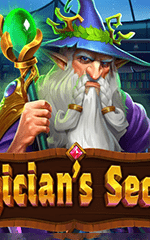 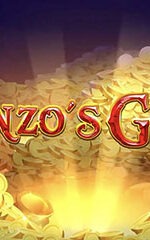 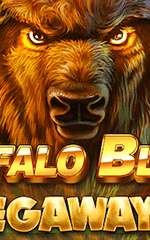 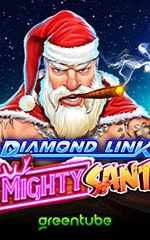 One Reply to “Fruit Party 2 Review”

I just like the helpful info you supply on your articles.

I will bookmark your weblog and check again here frequently.
I’m relatively sure I’ll learn lots of new stuff
proper right here! Best of luck for the next!